On Tuesday, April 20th the verdict of Derick Chauvin was influenced by the mob of public opinion. Last year when the case was televised there was information left out. The media gives you a still shot that fits the narrative they want to create. BLM, Antifa, and the general public run with the narrative with constant protest and riots thru that last year. This, unfortunately, … END_OF_DOCUMENT_TOKEN_TO_BE_REPLACED

We live in a age where we attack truth like it is a virus. It is far easier to affirm your own beliefs then to ask questions. Our culture is lacking the ability to discern what is fact and what is fiction. We are afraid of claiming ignorance then feeling the need to have a hot take. Can we trust the sources to which we get our information? Are we truly living in an age of truth … END_OF_DOCUMENT_TOKEN_TO_BE_REPLACED 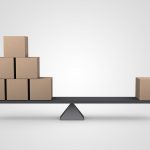 Being fair for the sake of fairness is a big problem in our culture. This act creates the perception that you are a reasonable person. Being fair on an important issue allows for your bases to be covered, out of fear that your opponent will tell you that you are not objective. Sometimes people do this to make themselves look better among those who even agree with them. Also … END_OF_DOCUMENT_TOKEN_TO_BE_REPLACED 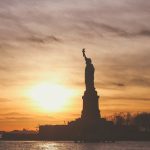 Insights Into My Insight

Tell People to check out my blog as well.